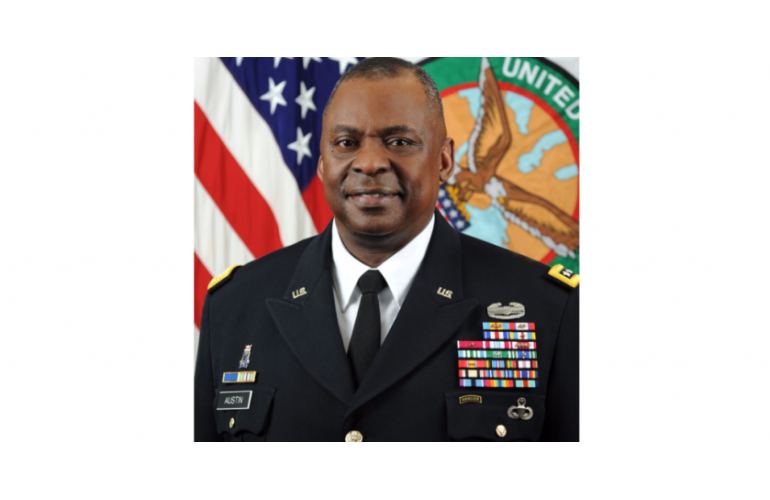 General Austin had extensive operational experience, having commanded troops in combat at the 1-, 2-, 3- and 4-star levels. During his last deployment, General Austin served as a 4-star general and commander of United States Forces-Iraq from September 2010 through December 2011. He later served as the 33rd Vice Chief of Staff of the Army.

In April 2016, a special retirement ceremony was hosted by then Army Chief of Staff General Mark Milley at Summerall Field, Fort Myer, Virginia. The event featured a pre-ceremony concert, a musical salute, and presentation of awards.

Following duty at Fort Bragg, he was assigned to the Pentagon where he served as chief, Joint Operations Division, J-3 on the Joint Staff. Gen. Austin also served as commanding general of 10th Mountain Division (Light), Fort Drum, as commander of the Combined Joint Task Force- 180, Operation Enduring Freedom, and Afghanistan. He then served as chief of staff, Central Command followed by an assignment with the XVIII Airborne Corps where he commanded Multinational Corps-Iraq, Operation Iraqi Freedom. Gen. Austin commanded United States Forces-Iraq from September 2010 through the completion of Operation New Dawn in December 2011 and assumed command of Central Command on March 22, 2013.

General Austin is the Class of 1951 Leadership Chair for the Study of Leadership in the Department of Behavioral Sciences & Leadership at the U.S. Military Academy at West Point, N.Y., for the academic years 2016-17 and 2017-18. He serves on the Board of Directors of Nucor Corporation and on the Boards of Trustees of Guest Services, Inc. (non-public), the Carnegie Corporation of New York and Auburn University. General Austin is a graduate of the U.S. Military Academy and holds master’s degrees from Auburn University (Education) and Webster University (Business Management). General Austin’s many awards and decorations include five Defense Distinguished Service Medals, the Silver Star and the Legion of Merit. General Austin is 64 and has been a UTC director since 2016.

Since retirement of 41years with milary embedded to his soul,what will NORMAL be since the geeral has,retired, will it be non military

Had so many conversations with YOU only to find out you weren’t you.Yhat someone hacked your page and still not knowing if this actually is you. Thanks for the years os service and dedication to these United States.Pray this gets to the real General Austin whom I would someday like to meet.