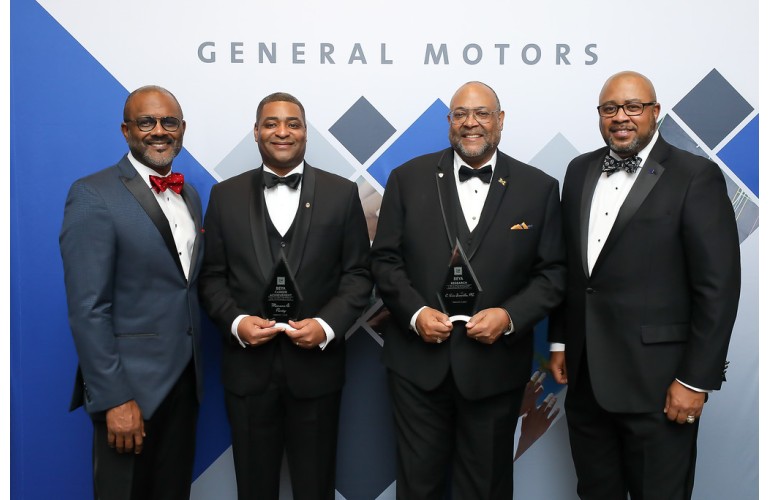 Fourteen GM employees were honored at the 2020 BEYA STEM Conference in February.  The scientists, engineers, and technologists were among a stellar group recognized for their accomplishments in the automotive industry.

“Years ago my single mother made a leap of faith to create better opportunities by moving us from a small town in Tennessee to Pontiac, Michigan—a city with a GM presence,” said Purty during his remarks. “It opened my eyes to what I wanted to be and excelling in math and science set me on my engineering path.”

During his remarks, Fonville (center) said he was thirteen years old when he knew he wanted to become an engineer.

“I wanted to be an engineer and attended my father’s alma mater, The University of Michigan. With the assistant dean’s guidance, I became the Society of Minority Engineering Students President, the first black in the Engineering Honorary and its vice president, and a first-year student mentor for the Detroit Area Pre-College Engineering Program.”

Also recognized for their contributions were GM employees from locations across North America. They were honored as Modern-Day Technology Leaders and Science Spectrum Trailblazers.