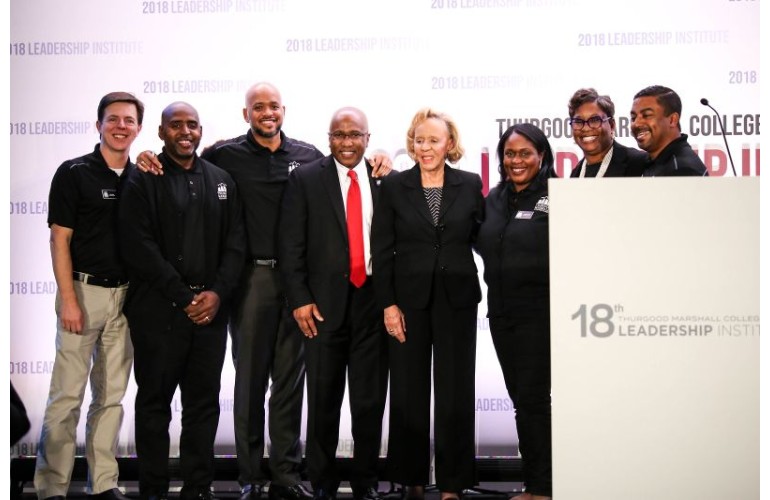 Speaking to USBE magazine earlier this year, Harry L. Williams, president of the Thurgood Marshall College Fund (pictured center, Photo courtesy of the TMCF), said he’s proud that the fund has given out more than $300 million in scholarships. He cited Walmart, Wells Fargo, JPMorgan Chase, and Boeing as some of the companies that TMCF works with on an ongoing basis.

Williams also stressed the importance of the fund’s other efforts, such as its internship and immersion programs. They help prepare students in ways that aren’t covered in classrooms and books.

From Wednesday, October 16, through Sunday, October 20, students from the 47 publicly-supported Historically Black Colleges and Universities (HBCUs) and Predominantly Black Institutions (PBIs) will take part in the jam-packed Leadership Institute program designed to help them compete in today’s competitive global workforce.