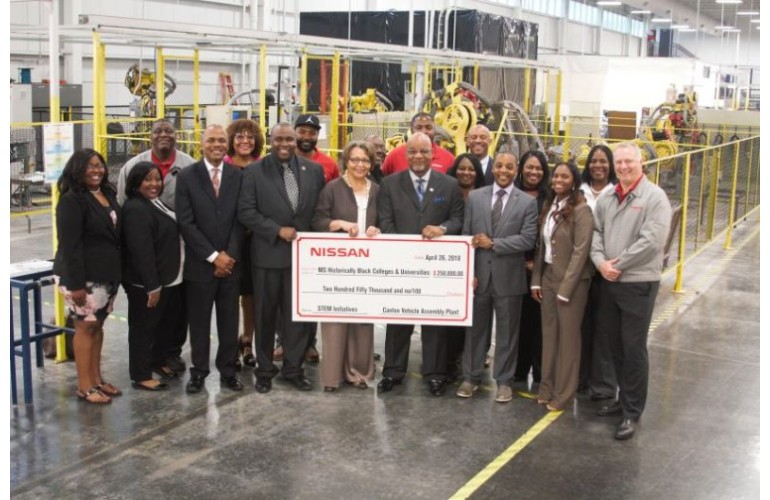 Nissan, one of the largest car manufacturers in Career Communications Group’s 2018 Top Supporters list, has announced a $250,000 investment in historically black colleges and universities (HBCUs).

Resources provided to each institution will promote exciting innovation in science, technology, engineering, and math (STEM) programs, including applied sciences, engineering, math, and computer and information science departments, the company said in a statement.

“Our continued commitment to HBCUs, specifically in the areas of science, technology, engineering and mathematics, is vital to fostering the minds of the next George Washington Carver or Mae Jemison,” said Jeffrey Webster, director, Diversity and Inclusion, Nissan North America, Inc.

“These institutions have implemented proven practices to assist students in STEM fields, and we are proud to help make their students’ career dreams a reality.”

A recent survey of  HBCUs with ABET-accredited engineering schools, including Jackson State University, reveals the level of support that employers like Nissan give to HBCUs in their community.

Nissan was named as a top supporter in the Top Supporters of HBCU Engineering survey.

The survey reflects the perceptions that HBCU engineering deans share about the level of support HBCUs receive from corporate America.

The most important support range from internships and co-op opportunities to research partnerships, scholarships, and assistance with realistic design and real-world engineering problems for students.