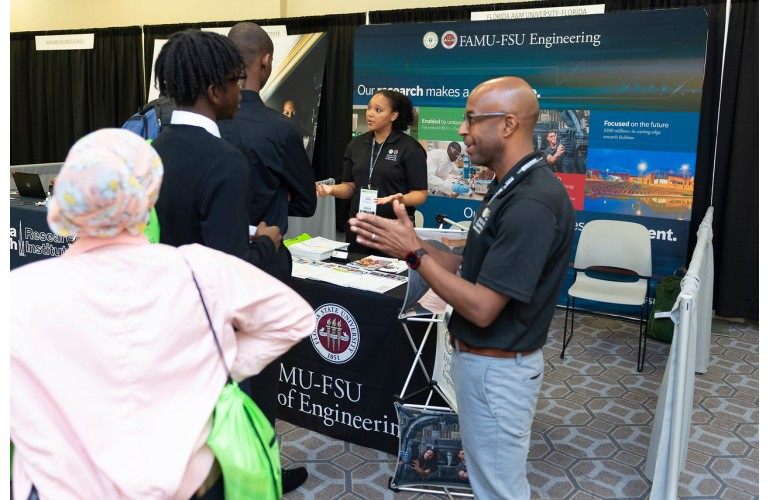 “Today is a historic day for Harris Corporation and L3 Technologies as we launch L3Harris,” he wrote. “We’re excited to introduce our new brand, leadership, and organization structure, including four mission-focused segments – Integrated Mission Systems, Space and Airborne Systems, Communication Systems and Aviation Systems. This represents a new era for the aerospace and defense industry as we continue to #FastForward to a future of affordable innovation that can be rapidly fielded. Please join me in celebrating this momentous day and thanking all those who worked hard to make this day a reality.”

“Receiving these approvals marks the successful completion of a thorough regulatory review process – clearing the way for one of the largest mergers in defense industry history,” said Brown.

The select group of Harris alumni who have received awards at BEYA includes Emmanuel Collins, a pioneering engineering professor who worked at Harris before joining the College of Engineering to build the Department of Mechanical Engineering at Florida A&M University-Florida State University. Collins, who accepted the position of Dean of the Speed School of Engineering at the University of Louisville in 2018 after a 23-year career at FAMU-FSU, is the 2015 Black Engineer of the Year Award winner for College-Level Promotion of Education.

At the 2018 BEYA STEM Conference, Harris Corp’s Lapthe Flora was honored for his involvement in the Stars and Stripes mentoring program. Flora, a  South Vietnamese immigrant, migrated to the United States at 16, penniless and unable to understand English. More than 37 years later, he rose to the rank of brigadier general in the National Guard and is a senior engineer with Harris.

“These talented young professionals reflect the Harris commitment to maintaining a globally inclusive culture, which we believe is vital to our organization’s success,” said Jeff Shuman, senior vice president and chief human resources and administrative officer, Harris Corporation. “We share the goal of the conference organizers and attendees to strengthen the foundation of America’s STEM workforce through K-12 involvement, college student participation, transfer of knowledge and best practices among STEM professionals, and the support of corporate and government leaders.”