Remembering Those We Lost 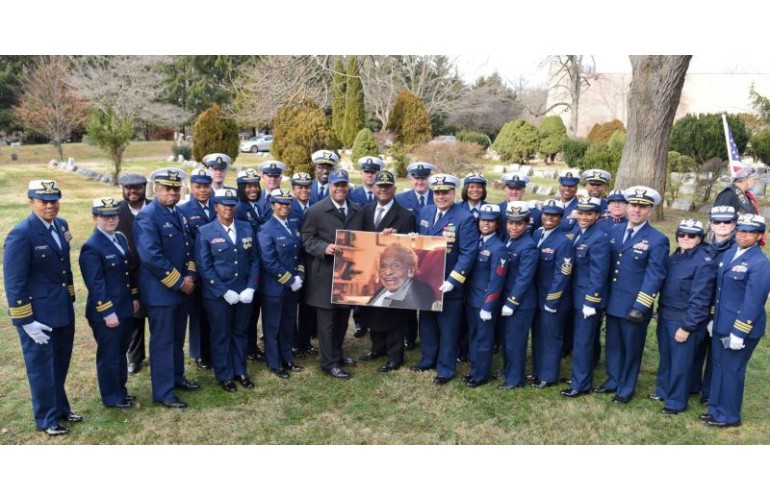 Born in Muskogee, Oklahoma in 1915, Olivia was one of five children.  In 1937, she graduated from Ohio State University and went on to teach at an elementary school in Columbus, Ohio.

A decade later, she earned a master’s degree in psychology from Teachers College at Columbia University, followed by a doctorate from the University of Rochester in 1961.

“I remember the first time I saw her,” said Tyrone Taborn, Career Communications Group (CCG) CEO and co-founder of the annual BEYA STEM Conference. “She and her sister were standing outside their house in the darkest of night. They had locked themselves out and called my cousin Doris Nicholson for help. Doris and I drove over. She had me crawl into a small window because they were locked out.”

Taborn says at the time he didn’t know she was a survivor of the‪ ‎Tulsa Race Riots‬ of 1921 or a US Coast Guard veteran. “They were my cousin Doris’ childhood friends who I would see on breaks from Cornell University. She was a wonderfully smart woman,” Taborn said.

In April,  a retired educator who spent more than 40 years at Norfolk State University, passed away.  Dr. Sandra J. DeLoatch served as a mathematics instructor, founding chair of the Computer science department, dean of the College of Science, Engineering and Technology and acting university president.

“She achieved many “firsts” during her career including serving as the Principal Investigator for one of the first two research contracts ever awarded to an HBCU by the National Security Agency. Her pioneering efforts in information assurance and computer science laid the groundwork for NSU’s emerging prowess and success in Cybersecurity,” Dr. Stith said.

“Our daughter-in-law passed away after a 13-year battle with cancer,” Gen. Wilson wrote in an email. “She battled every day without one complaint in spite of the odds and dire prognosis.”

“Jean and I are heartbroken over this. May you and your family find some comfort in God’s grace. As we observe Memorial Day, Teisha has shown us the life of a true warrior.”

A two-time honoree of  US Black Engineer magazine’s HBCU Distinguished Alumni Hall of fame,  West set a high standard of excellence in public service, engineering, and the law.

Rudy Horne, a math rock star, who was remembered at the 2018 Mathfest of the Mathematical Association of America, was a Morehouse College mathematician, who gave so much to the field of mathematics.