Engineers leave a lasting legacy at the BEYA STEM Conference 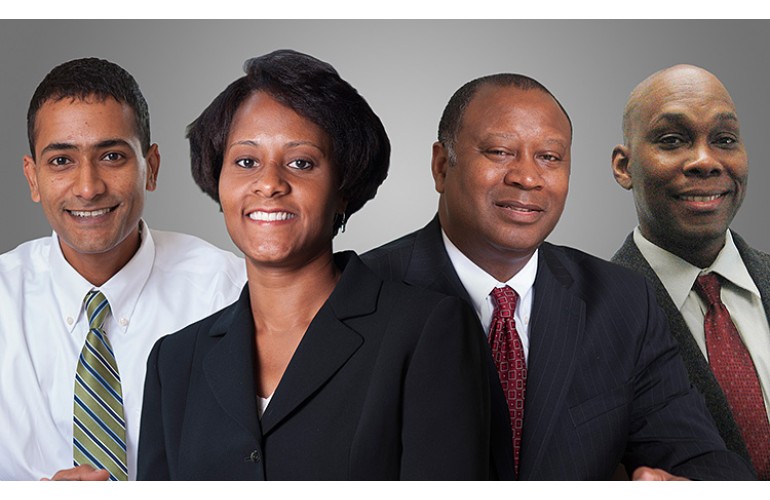 Employees of The MITRE Corporation have been honored at the  Black Engineer of the Year Awards for decades.

In 2019, Awais Sheikh was the Eugene M. DeLoatch Legacy Award winner at the BEYA STEM Conference. Legacy awards are a showcase of the Black Engineer of the Year winners, and celebrate their many contributions in science, technology, engineering,  and math (STEM).

Eugene M. Deloatch served as dean for 32 years at the Morgan State University’s Mitchell School of Engineering. During his career as an educator, he made a significant impact on increasing the number of minorities in engineering.

Awais is currently principal business innovation engineer at the MITRE Corporation. As a multidisciplinary systems engineer, Sheikh’s work helps to refine MITRE’s approach to delivering innovation to customers through research and development.

Sheikh started his career with a position at High-Performance Technologies, where he designed and deployed the first process used by the Department of Justice. While working at Booz Allen Hamilton, Sheikh led the development of disaster assistance dot gov, an online application portal service for disaster survivors to apply for assistance across the government, which is still used today. Sheikh’s impressive track record of delivering significant benefits to his team, and the government agencies and the citizens they serve, make him an asset in every position of leadership.

Other winners of the Eugene  DeLoatch Legacy Award include Jonathan Jones, a fermentation improvement engineer at Dow AgroSciences, who was recognized for his dedication to STEM outreach in local communities.

Legacy awards were introduced at BEYA’s 30th-anniversary conference to celebrate the scientific and technical contributions of men and women who have won the Black Engineer of the Year Award since 1987.

The event—now in its 35th year—brings together engineering and IT professionals from the corporate, government, and military communities, along with students, to promote opportunities for underrepresented groups and women in the technology sector.