Women in Nuclear Engineering you should know 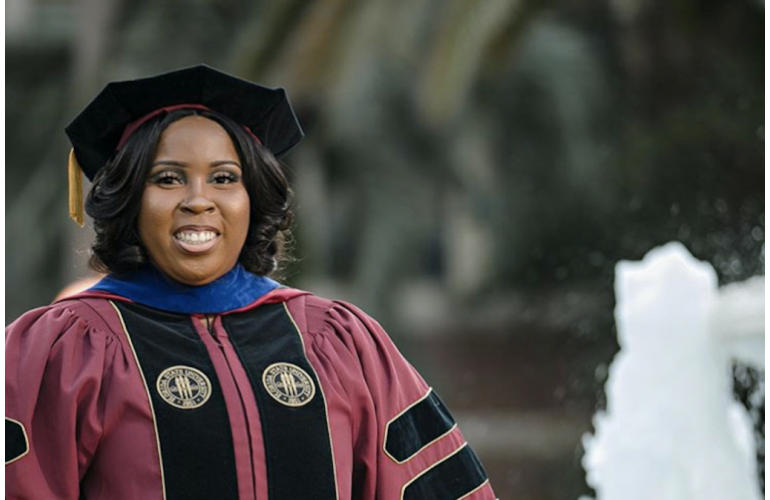 Efforts to recruit and retain black women in physics, nuclear science, and nuclear engineering are paying off based on recent stories. Last weekend, Kalisa Villafana became Florida State University’s first black woman to earn a doctorate in nuclear physics. She also became the 96th black woman in America with a physics Ph.D.

“I am most proud of being the first in my family to obtain a PhD, and this summer I will be the first African American female to obtain a PhD in nuclear physics from FSU,” she told The Career Center at FSU in a published interview before the commencement day.

In 2017, Mareena Robinson Snowden, a Florida A&M alumna, became the first American-born woman of color to earn a doctorate in nuclear engineering from Massachusetts Institute of Technology.

Ciara Sivels, the first black woman to earn a doctorate in nuclear engineering and radiological sciences at the University of Michigan, graduated May 2019.  Sivels earned a bachelor’s degree in nuclear science and engineering from Massachusetts Institute of Technology in 2013.

Originally from Trinidad and Tobago, Villafana also finished her undergraduate degree at Florida A&M. She told the career center at FSU that her excitement for nuclear physics started when she was young and her interest only grew as she discovered its many applications in industries, such as energy, imaging, diagnostics, and material science.

“Beyond the Ph.D., I plan to pursue a career in medical physics, using my training in nuclear physics, and  radiation accelerator science to help in the fight against cancer,” she told FSU.

“It has allowed me to network and meet a lot of people. It has helped shape me into the person I am today,” she said.

Villafana’s academic success has also been a source of inspiration for her mother and sister.

“My mom went back to school and got her bachelor’s and master’s degrees, and my young sister started her bachelor’s program as well,” Villafana said.

Her tips for success?

“I felt like I wanted to quit very often in the beginning,” Villafana confessed. “But with each challenge, I succeeded. I took courses I didn’t have to take to expand my knowledge. You have to ask yourself ‘What is it going to mean to you in the end?’”

After graduation, Villafana plans to work as a process engineer with the Intel Corporation in Arizona, but ultimately, she aspires to work as a medical physicist specializing in cancer research.