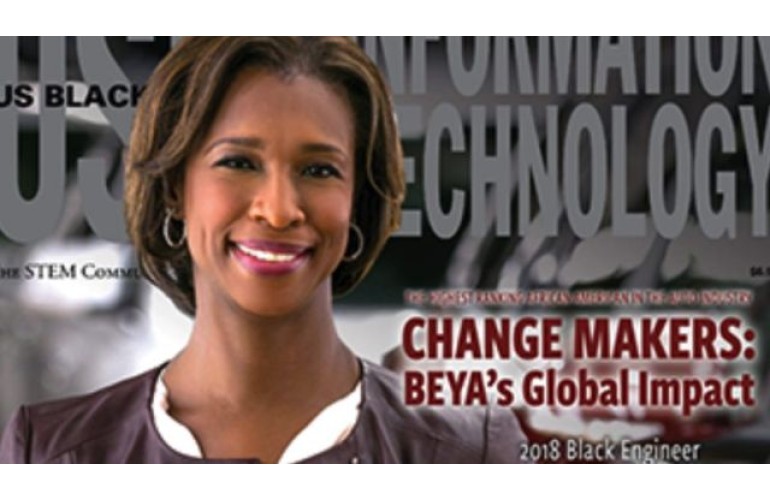 Year round, Black Engineer dot com showcases stories about a range of people and careers in science, technology, engineering and math (STEM).

When the news broke last fall that Alicia Boler Davis was the 2018 Black Engineer of the Year Award nominee, the story reached thousands on social media in a few hours. It continues to be a big hit. Boler Davis, executive vice president, General Motors Global Manufacturing, is the first African-American woman to be a plant manager at a GM vehicle manufacturing plant. She will receive her award at the 32nd annual BEYA STEM Conference in Washington DC Feb 8-10.

Colonel James Moore and Colonel William  Thigpen were nominated for the rank of Brigadier General, the fourth highest rank that can be achieved in the United States Army.

Sadly, the death of a Reserve Officers’ Training Corps (ROTC) student at Morgan State University brought home just how fragile dreams can be. Nineteen-year-old Jonathan Tobash studying to be an engineer was shot by a pair of desperate robbers during Christmas week.

“You may not have heard of Dr. Mark Dean. And you aren’t alone. But almost everything in your life has been affected by his work. He is also the architect of the modern-day personal computer.”

During the summer, people also got excited about NASA’s new Space Sailor Jessica Watkins, the only African American to make NASA Earth’s 2017 Astronaut Candidate Class. Born in Maryland, she was a member of the USA Rugby Women’s Sevens National Team. During her postdoc, she served as a volunteer assistant coach for the Caltech Women’s Basketball team.

North Carolina A&T Aggies also had their moment with NC A&T is still top producer of engineers. It was official in the “Top 100 Producers of Minority Degrees” ranking from Diverse: Issues in Higher Education was released.

Earlier in the year, Reginald DesRoches won kudos when it was announced that the Georgia Tech’s civil and environmental engineering chair had been named dean of engineering at Rice University. In 2010, DesRoches served as the key technical leader in the United States’ response to the earthquake in Haiti.

Some of the other stories that grabbed the headlines include the inspirational career journey of Tamara Crawford.   She drove hundreds of miles alone to seek an engineering position at Lockheed Martin, got the job, and is now the lead systems engineer for the F-22 Raptor, the world’s first 5th generation fighter.

Two other women in tech also won applause on Facebook and blackengineer.com

Gwen Boyd was appointed Career Communications Group (CCG) Alumni Committee Chair and President. In 1979, Boyd became the first black woman to graduate with a degree in mechanical engineering from Yale. She also holds a bachelor’s degree in math from Alabama State and a master’s degree and a PhD. in divinity from Howard University in Washington, D.C.

Victor R. McCrary’s recognition as “2017 Distinguished Alumnus of the Howard University Graduate School” garnered many clicks and congratulatory comments as all our stories on career promotion and progression.

As vice president of research and development at Morgan State University, Dr. McCrary promotes innovation at historically black colleges. His old research group developed a prototype of the electronic book reader, which opened the door for today’s Kindle and iPad readers and the e-book industry.