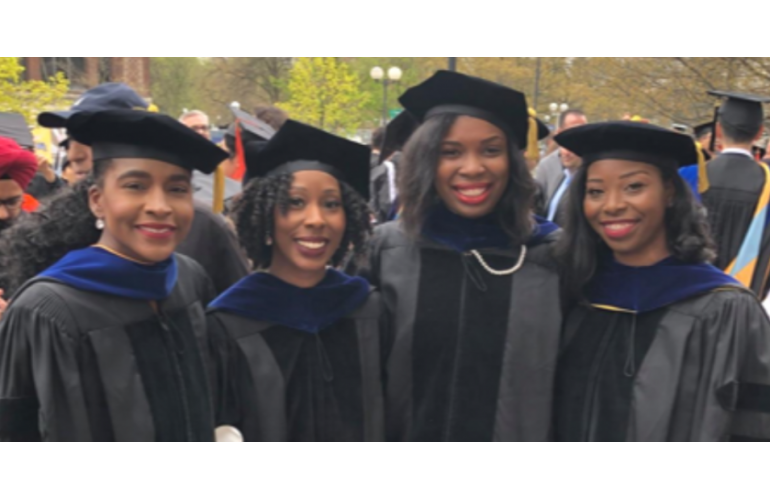 Last week, we wrapped up the list of engineers who received top awards in the 2010s and their far-reaching impact. All year, we’ve written about hundreds of people in science, technology, engineering, and math (STEM), and showcased amazing stories of success and overcoming challenges. From Engineer’s Week in February to the Spring commencement season, we featured more than 100 engineers in STEM jobs. Take a look back at USBE Online’s most-read stories of 2019.

In Black Engineers with a Global Impact, Ronald Johnson,  a professor, and fellow at The Georgia Institute of Technology spoke about his inspirational journey to the prestigious Educational Leadership Award for College-Level Promotion of Education during the BEYA STEM Conference.

“I have always been a math-science person. It fascinates me,” Johnson told USBE. “Take tough courses in high school, so that you can at least opt out. In STEM, if you don’t get the right math, science courses, you cannot opt-in.”

Johnson (center) posed with Eugene M. DeLoatch (left), the man who is credited with producing more black engineers than any other person in the history of U.S. higher education, and Johnnie E. Wilson, a retired U. S. Army four-star general. DeLoatch, the 2017 Black Engineer of the Year, retired from Morgan State’s School of Engineering as dean emeritus.

Just before the summer program application season kicked off, we featured Dr. James Northern in STEM Summer Programs Make a Difference. Speaking at the BEYA Gala in February, he talked about the long-running MITE program.

“I read a lot about famous people but did not know where my talents and skills fitted in. Then after my junior year in high school, I learned about engineering through Florida A&M University’s Minority Introduction to Engineering (MITE) program. I was hooked,” he said.

During the spring commencement season, Black Engineer celebrated landmark occasions around the country, including four women who graduated with doctorates in engineering from the University of Michigan.

“For me, this is a powerful title to hold as the first African American woman to earn a Ph.D. at Purdue. It’s for everyone; it’s for my grandmother, and it’s for the woman I met in Walmart who offered to bake banana bread for me.”